This post is gonna be a bit disorganized; I lost my phone on this ride (it was an inexpensive Tracfone, so less of a crisis and more of an inconvenience); I replaced it and have to set up the new one. 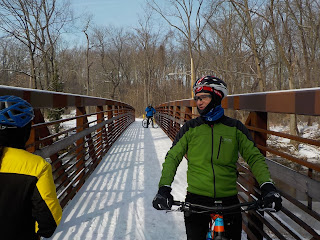 There were a flurry of emails during the latter part of the week; Tom H thought of doing a ride along the Pennypack trail (in view of the low temps expected today), and invited a few of the Insane Bike Posse. Bob N, Laura OLPH, and I showed up to start. We packed three of the bikes on Tom's micro-truck, and piled into that and Bob's minivan and headed to the park in Philly. 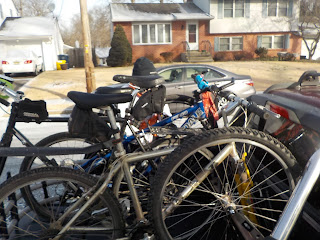 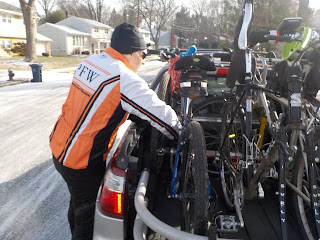 The closer we got, the more snow I saw on the ground. The others had mountain bikes; I had my cross-hybrid. I was not sure about those tires on the snow... 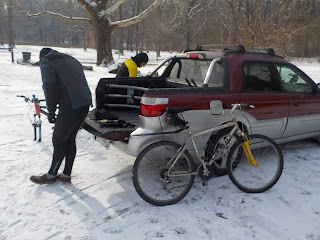 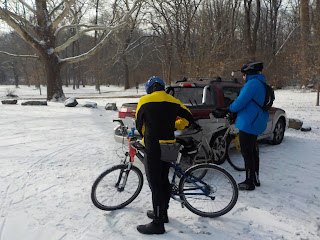 But off we went.

Now, it was a beautiful day, and the ice and snow were gorgeous. It was NOT, however, either comfortable or particularly safe (although embarrassment was more likely than actual injury). I kept the speed low, and generally maintained some distance from fellow riders, in an effort to stay upright. And while there were no major hills, there were a couple of short, steep climbs on which I wound up walking.

But it was worth the cold. 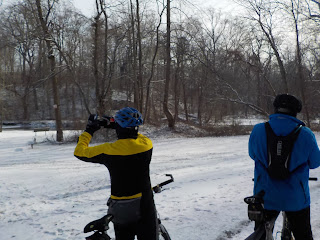 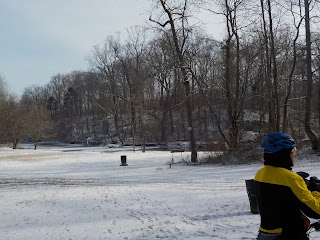 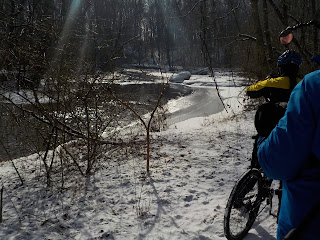 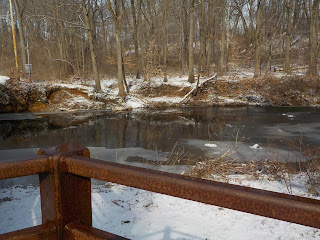 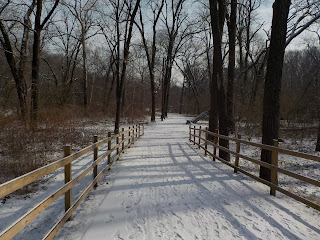 We did less than 20 miles, from the park entrance to the Delaware River and back. 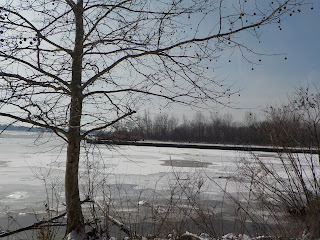 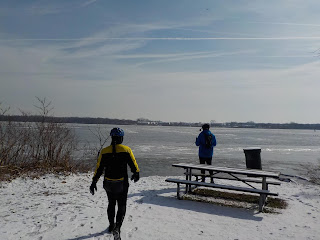 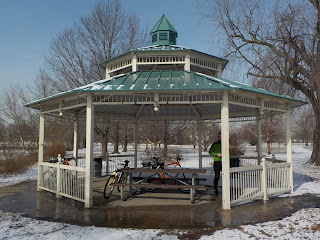 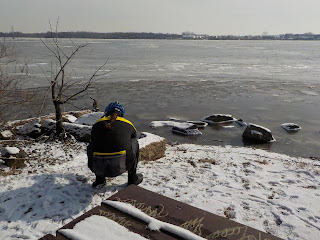 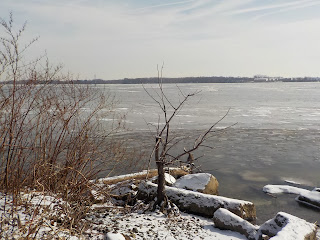 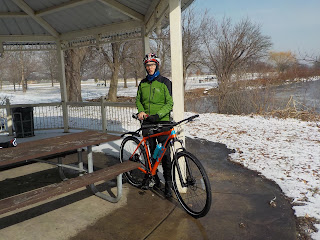 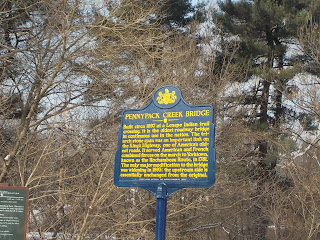 The trail goes under a number of bridges.  I decided I'd wait until the return to get the pictures, in hopes that the temperatures would be a bit warmer. They were, by about 4°. 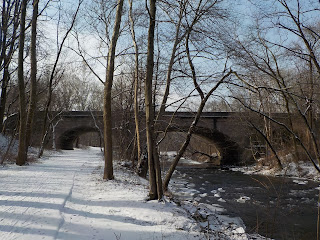 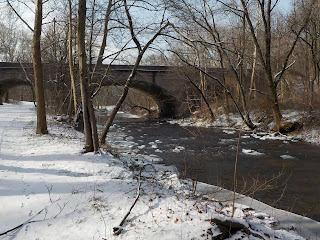 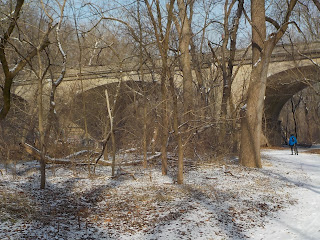 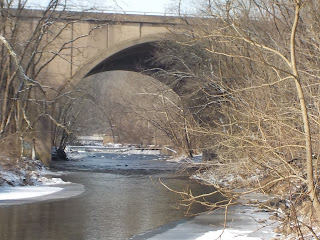 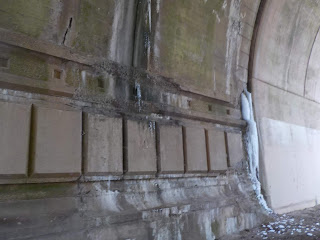 I loved the ice between the older and newer sections of bridge in that one. The picture doesn't do it justice. 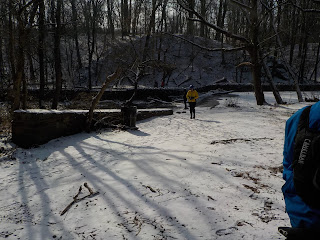 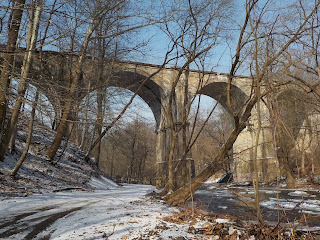 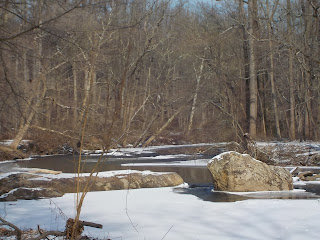 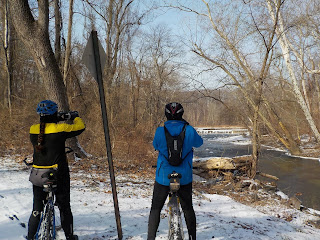 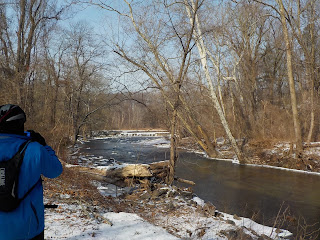 Beauty doesn't give a damn about either safety or comfort. I managed to make it back without falling, and I didn't quite get chilled all the way through... and it was STILL a great ride.
Posted by Plain_Jim at 5:16 PM