Rob N sent an email out to a few of us early in the week asking about doing the Sourland Spectacular. I like the cause, and I like the people who were invited, and we made a plan to go. Laura OLPH's husband, Professor Jack, had his 50th birthday the day before, so we decided to leave at the more civilized hour of 8am rather than the suggested 7am. But, of course, I was there early... 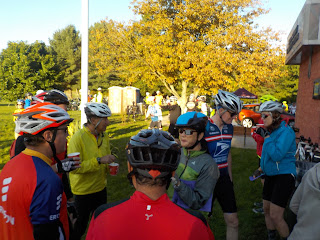 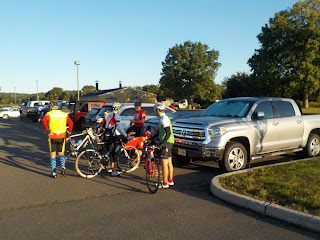 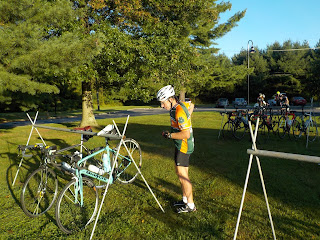 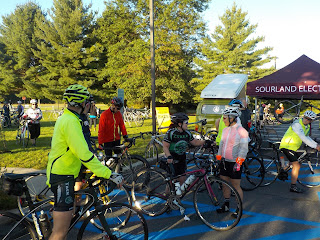 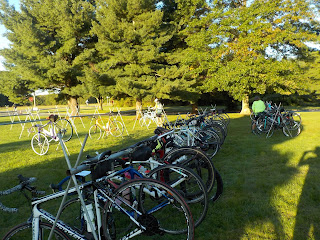 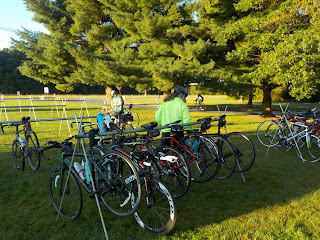 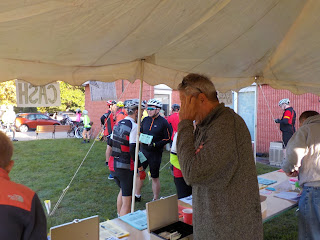 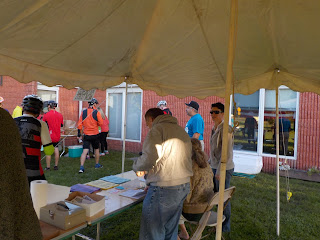 They have volunteers managing the traffic at the departure. Nice touch. 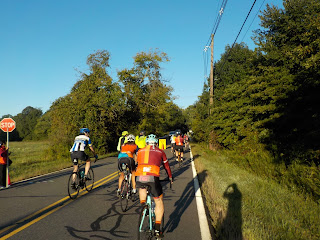 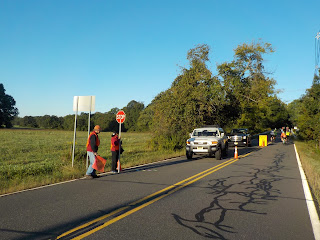 I got terrible pictures of Ricky and Laura: 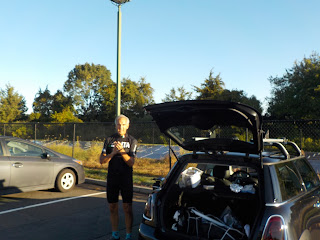 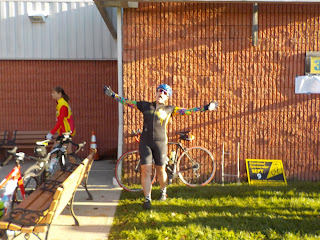 Robert N rolled in a smidge late; he'd had to deal with a "paperclip-sized" wire puncturing his tire. and we were off.

All four of us had GPS devices, and NONE of them worked completely reliably. My Garmin Touring, usually pretty dependable, gave up the route and never got it back; I even restarted it (which is why the ride pages are split). Laura and Rob had issues. Ricky's was the least worst, and even his lost the route for part of the way. I had Velcro-ed a binder clip to the bars and was carrying a cue sheet, And the arrows on the road gave us the way. (Some were missing, apparently pulled out, as the adhesive was still on the road. Sheesh.)

All kinds of riders were out. 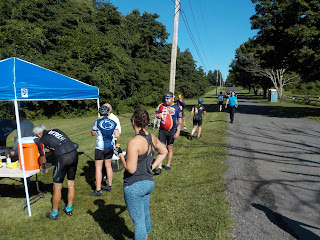 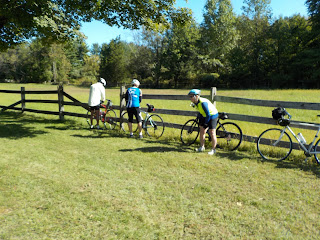 I loved this old steel Trek, built up as a touring bike. The rider said she'd had it for years (I'm sure she has!). 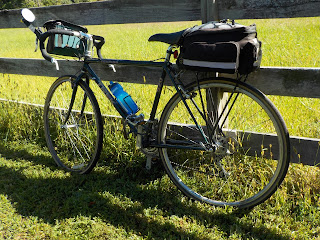 And it was, of course, a glorious day. 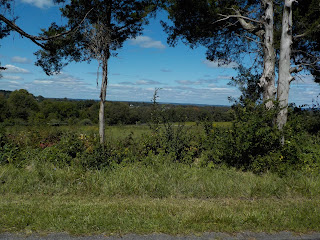 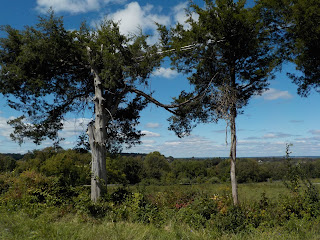 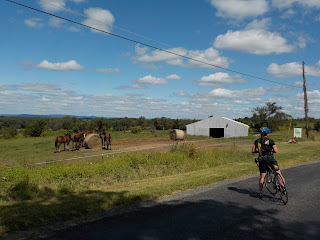 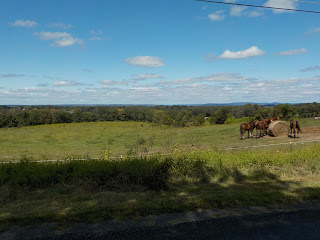 You can check my arithmetic; here's the first part of the ride and the second; I make our average a smidge over 14.1. Whatever; we pulled in at the end about fifteen minutes before they began rolling up the tables (yes, they were round tables, and one over-energetic fellow almost caused a couple of incidents as the tables rolled away), but we did have time for the excellent lunch and ice cream.

But I hurt. The back pain from the strain was severe. I may need to think about long, hilly rides; today's will certainly be flat and slow.

Edit: Aaaand... two other things: I was wearing my POLSKA jersey, and a rider at the start began talking to me in Polish! I had to let him know that my wife was the Polacka. At the rest stop, a volunteer also asked if I were Polish. (Do they make a "boring old white guy" jersey?)

Also, the amount of new chipseal on the roads in Hunterdon County... is to damn high. Like the rent, I guess. 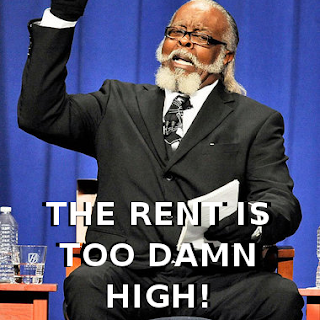