I wanted to get this ride in with the Old Guys today. Friday I'll be unavailable, and Monday is Labor Day, and I don't know if I'll get to ride with 'em next week before I go to work again.

I decided to start from Etra to get the extra miles to the meeting place in Allentown. It was thickly foggy this morning; I had a rear blinker on, but many of the cars did not have headlights, and were almost on me before I saw them. And on the stretches of road with no traffic, the fog imposed an eerie isolation. The early extra miles had me in a state between meditative and penitential. I was quiet when I got to Allentown.

That passed as I met the guys in Allentown. 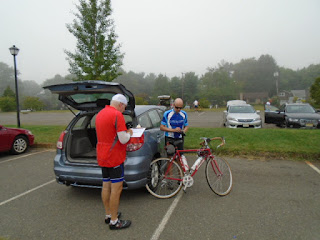 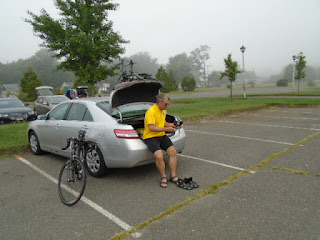 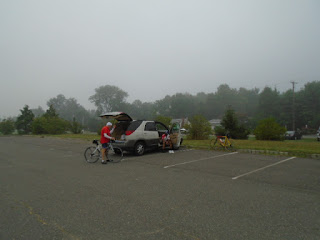 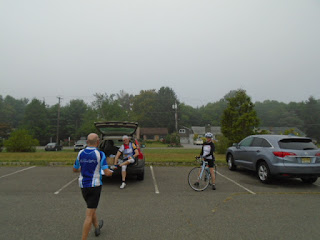 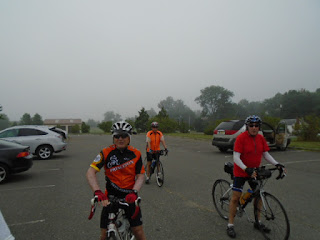 Prior to leaving, Steve T was showing off his new wheels, and I did a quick-and-dirty brake adjustment.

Dennis W has passed the leading on to Al P while he recuperates, and Al is away... so Joe M led again. You can see my ride page here, but that includes the miles to and from; the regular ride was the middle 40 miles. Joe took us down to the Pemberton Wawa, but not by the usual route (although some of the roads I recognized as ones we usually take the other way).

I must say here that I find it disconcerting that I recognize roads. It was much easier when I was just blissfully lost all the time.

A few shots at the Pemberton Wawa: 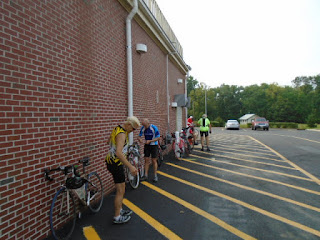 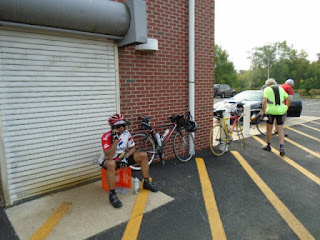 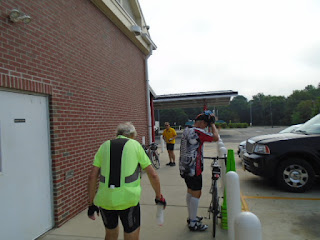 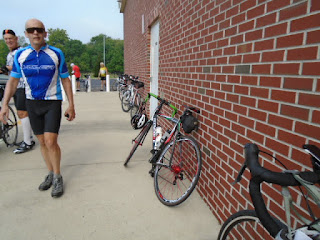 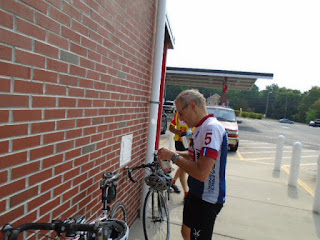 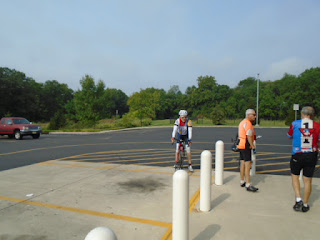 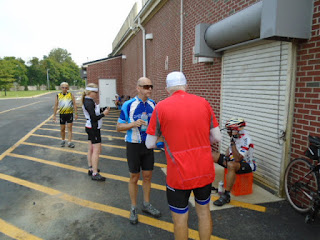 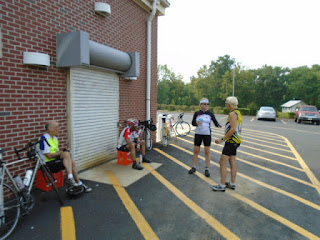 When we got back, Don S and Spence let me know that they had also ridden in from Etra; Don had seen me (I didn't recognize him in the fog). We rode back together; I showed them my route that avoids a little more of 539 than the one they used. Spence said that they went the way they did because Don likes the danger; Don protested, but Spence called him "Danger Don", and I kind of like the name "Danger Don" for Don S.

I don't know when, if ever, I'm going to ride with these guys again. I hope I can find a group like this when I retire. I'll miss them.
Posted by Plain_Jim at 4:43 PM