dropping in on ron m's ride

Weather predictions for this weekend were that we were in for clear (if hot tomorrow), so I was disappointed when I didn't see any club ride offerings at a pace I wanted in the hills. I sent out a group email to a few of my ride partners; the one taker I got was Ricky G of the impressive performance on his first 100-mile ride... but then I got a response from Tom H that, after his extended weekend riding the hills of Ithaca, he was hoping for a flat ride; we'd start at Mercer East and connect with the B ride out of Reed Recreation Area in more-or-less Allentown. So I confirmed with Ricky that we'd do that, and we did. 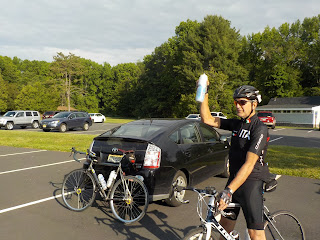 Tom and Jack rode in from (I think) Tom's house. 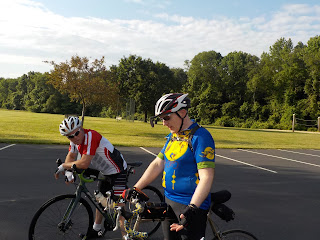 ...and we rode to Reed Recreation Area, getting there early enough to see pretty much everybody coming in, setting up, and parking. 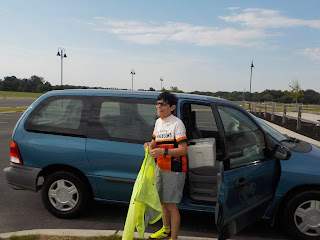 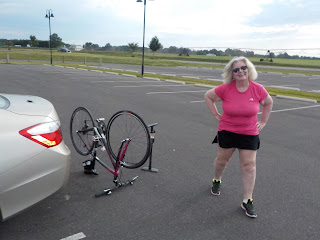 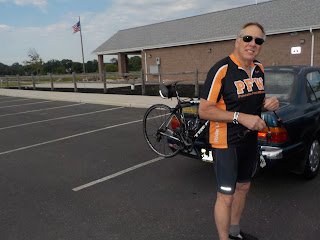 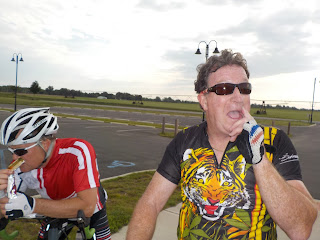 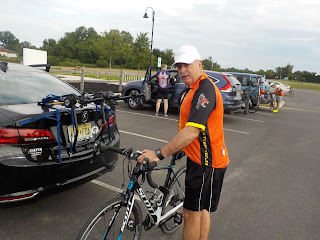 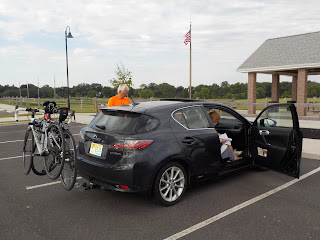 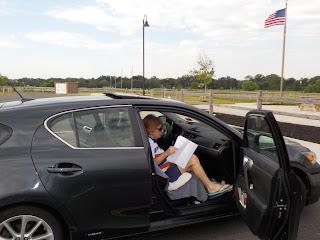 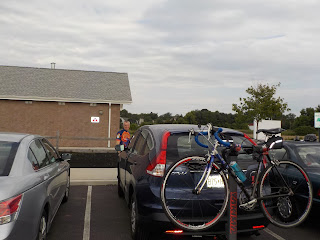 That above turned out to be a shot of Ken's bike on the rack, with Ken in the distant background. D'OH! 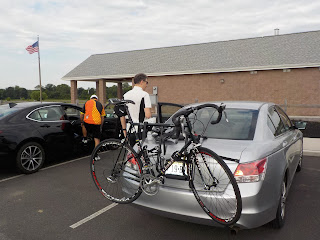 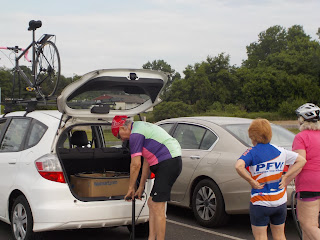 Ron had a 36-mile route planned, so I was glad of the extra miles with Tom, Jack, and Ricky. Ron was joking about having all these fast riders on his route, and when I pulled ahead at one point, he threatened to report me to Laura OLPH for pace-pushing, a reference (no doubt) to this post (Ron's another regular reader). But if you check the average on the ride page, you'll see we brought it in within range, and that includes the ride portions between Mercer East and Reed (which were not part of Ron's ride, and which were, shall we say, spirited).

WE stopped at a 7-11 in Wrightstown, which I'm sure is a stop on some ride I do annually, but it's not the McBride ride, and I can't think what it is. 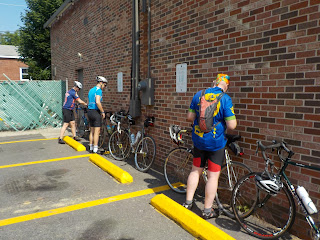 (SOMEbody's gonna make an obvious joke about that picture above.) 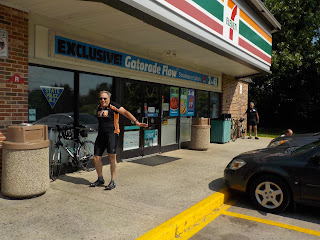 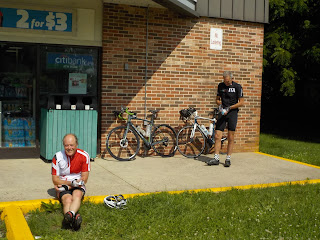 Above, it was nice to have sun, but it actually got hot enough that some of us repaired to the shade. I can't remember the last time that happened; it probably hasn't this season (we've been sheltering from rain, instead). 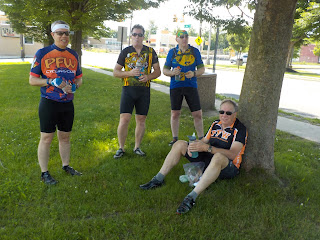 Below, Chris tried to censor my obligatory bikes pic, but, below that, I got it anyway. 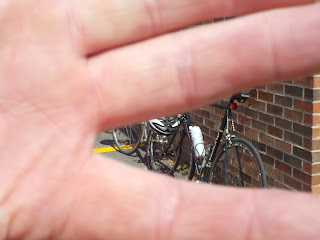 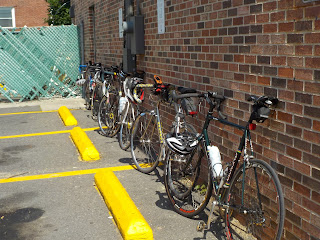 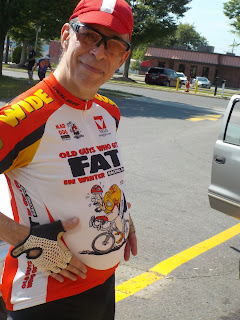 Chris decided, above, that I not only needed a picture of myself in this post, but that I should be appropriately modeling my "Old Guys Who Get Fat In Winter" team jersey. I can get my gut to stick out like that, but it doesn't usually. Does it?

We went back via Fort Dix (Chris was reminding me not to go into the woods at the "Impact Area" signs). When we got back, Robert N, whom I should have thought to invite on my ride but didn't, decided to add a few miles by accompanying us back to Mercer East; he'd ride back to Reed on his own. 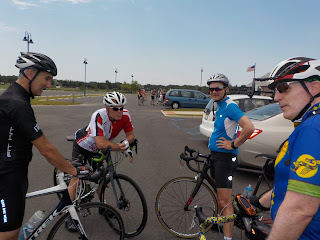 So now I'm home running a laundry and avoiding the other chores. It was a great day. I'm surprised I didn't see you there; I hope you had a good day. 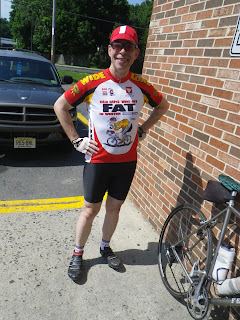 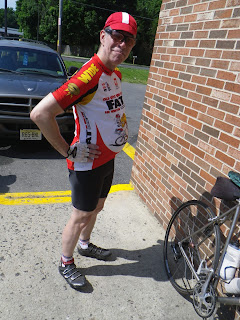 SHEESH, I hope I'm not really that fat.
Posted by Plain_Jim at 4:20 PM