Early last week, Laura OLPH sent around an email indicating she was considering a ride to Belmar for Saturday May 20... which, if she rides from home, is a century ride (100 miles). Now, I don't like to do centuries; my ideal long-distance ride is between 70 and 80 miles... but every now and then I like to do a 100-mile day, if for no other reason than to remember why don't like to do 100-mile days.

Besides, every now and then, a guy has to do something stupid and painful, just to remind himself that he's still alive.

Laura put in that she'd stop at Mercer East (for people who wanted a total of 86 miles) and at Etra (total: 69-or-so miles), but I was in for the whole thing. It would be the last ride on that SRAM shifter setup that hasn't worked right since the crash (I'd decided to rebuild with the Gevenalle setup).

So, despite lowering skies, I showed up at Laura's at something-to-eight and we departed for Mercer Park. There's a hill over the railroad on the way there; I had trepidations about doing it on the way back with 100 miles of tiredness in my legs (Laura reminded me that there's a longer hill closer to her home, and she's right). I could not get the GPS to go right, and neither could Laura get hers (I later found I'd downloaded the wrong file format; Laura's problems, OTOH, appear to arise from sheer cussedness on the part of her device).

We got to Mercer park to find the lot taken over by some organized footrace, and no riders. We proceeded to Etra, where we found Jack H, who'd ridden there after parking among the racers at Mercer Park, and Ricky G, who'd ridden from home, and who'd wind up doing his own first century (and looking pretty damn good at it; he made it look effortless). Off we went to Belmar, following Laura's uncooperative GPS, her cue sheet, and her faulty memory, into a headwind pretty much all the way (unusual; the prevailing wind is usually from the west-ish, but we had a northeast wind all day). 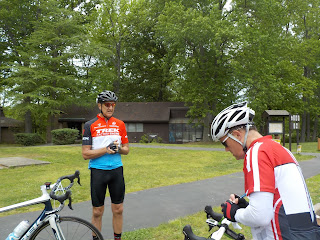 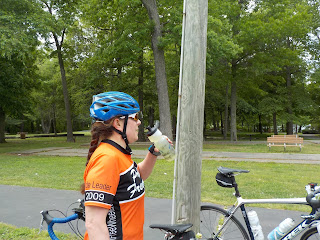 The wind was supposed to peak at about 11am. That was just about the time we got to the Manasquan reservoir,  with the wide-openness so we could really feel the wind. 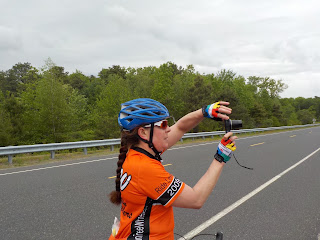 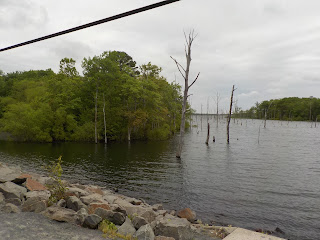 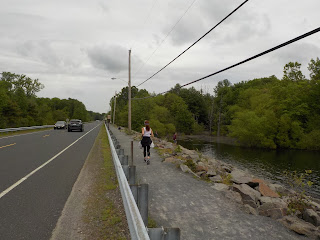 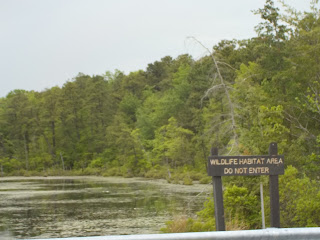 I've been itching to use this next sentence since it happened yesterday: The rain started shortly after we recovered our route from getting lost the first time. Now, it really wasn't bad: we went only a few yards on the wrong road, and the rain was light and brief... but it really was too good of a story not to make something of it. (We did get lost again, and recovered; I think it was the playfulness of the ride gods who decided not to make us face a bridge out this time.)

We'd stopped at about 30 miles (for Laura and me). We got to the shore south of Belmar, and as we rode up, we came across riders on a local City-To-Shore MS ride; they turned off before we got to The Usual Belmar Stop. 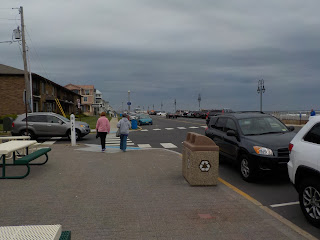 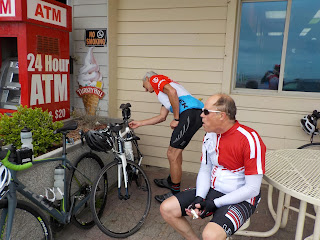 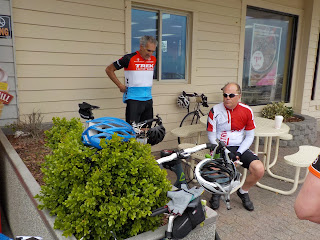 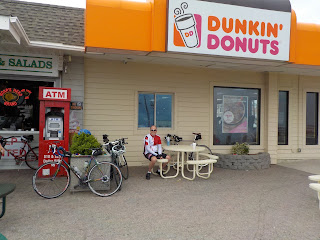 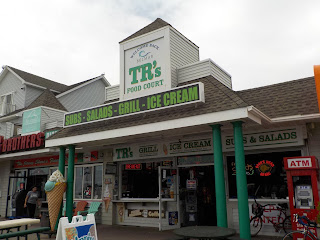 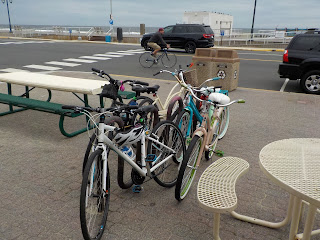 The girls who came out and got on the bikes in the picture above didn't look like they were going 100 miles. They looked like they had better things to do.

Back we came, heading for the Dunkin Donuts in West Freehold. Laura says the worst part of a century ride is the part between 50 and 75 miles, and she's right. This was a slog; I was grateful at the break to download a few empty calories.

Then back. We didn't stop at Etra; Ricky had ridden in from home, and just broke off to finish his way. Just before Mercer East, where Jack was parked, he went ahead, Laura and I went down to the main park road, where (she pointed out) we were able to enjoy a tailwind on the way home (probably a first for me).

Remember that hill over the railroad? I was right; it was awful. But Laura's hill, close to her house, was pretty bad too; I was tired like only a 100-mile ride gets me tired. At the end, I said my goodbyes and got in the car to come home.

Y'wanna see how we did?