I used to ride with Dennis W's "Team Social Security" frequently, but then my every-other-Wednesday-off became every-other-Friday-off, and The Excellent Wife (TEW) has off on Fridays, so I began spending time with her of a Friday. But the stars aligned for a ride with The Old Guys today, so off I went to Etra for the adjusted-to-10-am start.

I saw a number of guys I haven't seen in a long time, and met a couple of new guys. There was the usual chiding about avoiding them, and getting out from under the missus's thumb. But how else would I know I was welcome?

It being this close to Halloween, Dennis picked a route that led us by Grovers Mill, the site of the "Martian landing" from the infamous Orson Welles "War of the Worlds" broadcast. On the way there, a driver drove perilously close to a rider, and they got into a verbal altercation; the woman said she was terrified of us, but I think she was having a good time making believe we were terror-bikers.

We got to the park at Grovers Mill, where there is a walk with information stations about the broadcast, and a monument (see pictures). Then we went to Grover's Mill Coffee, which is not to be despised (I might need to find a route just so I can stop there). The coffee was good (and fair-trade), and the guys who had the soup said good words about it.

Then back. I had ridden to the start at Etra from Village Park at Cranbury (ever in search of extra miles), but when the group stopped for a flat tire near where I'd parked, I opted to go back to the car.

I need to ride with these guys more often. 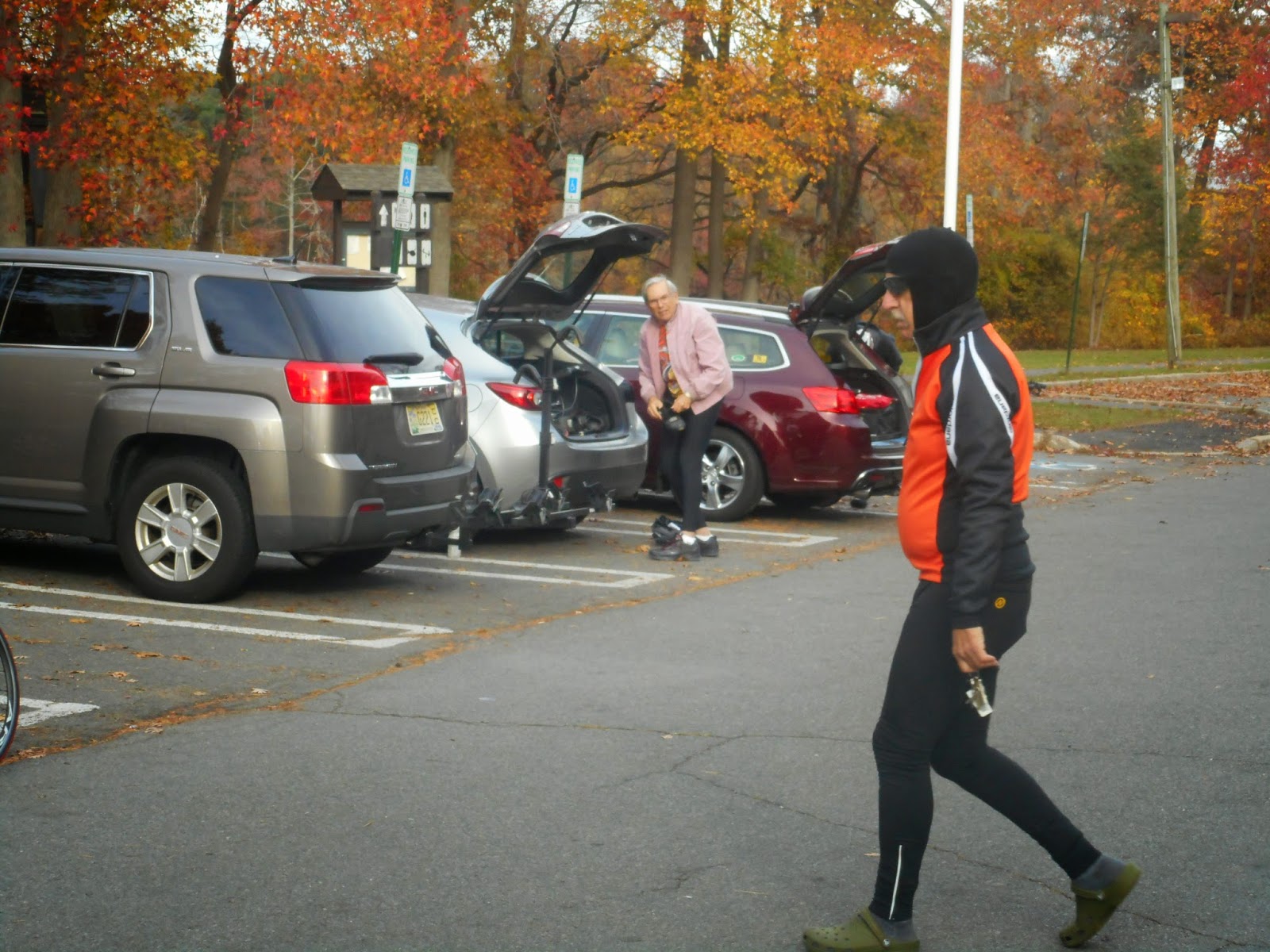 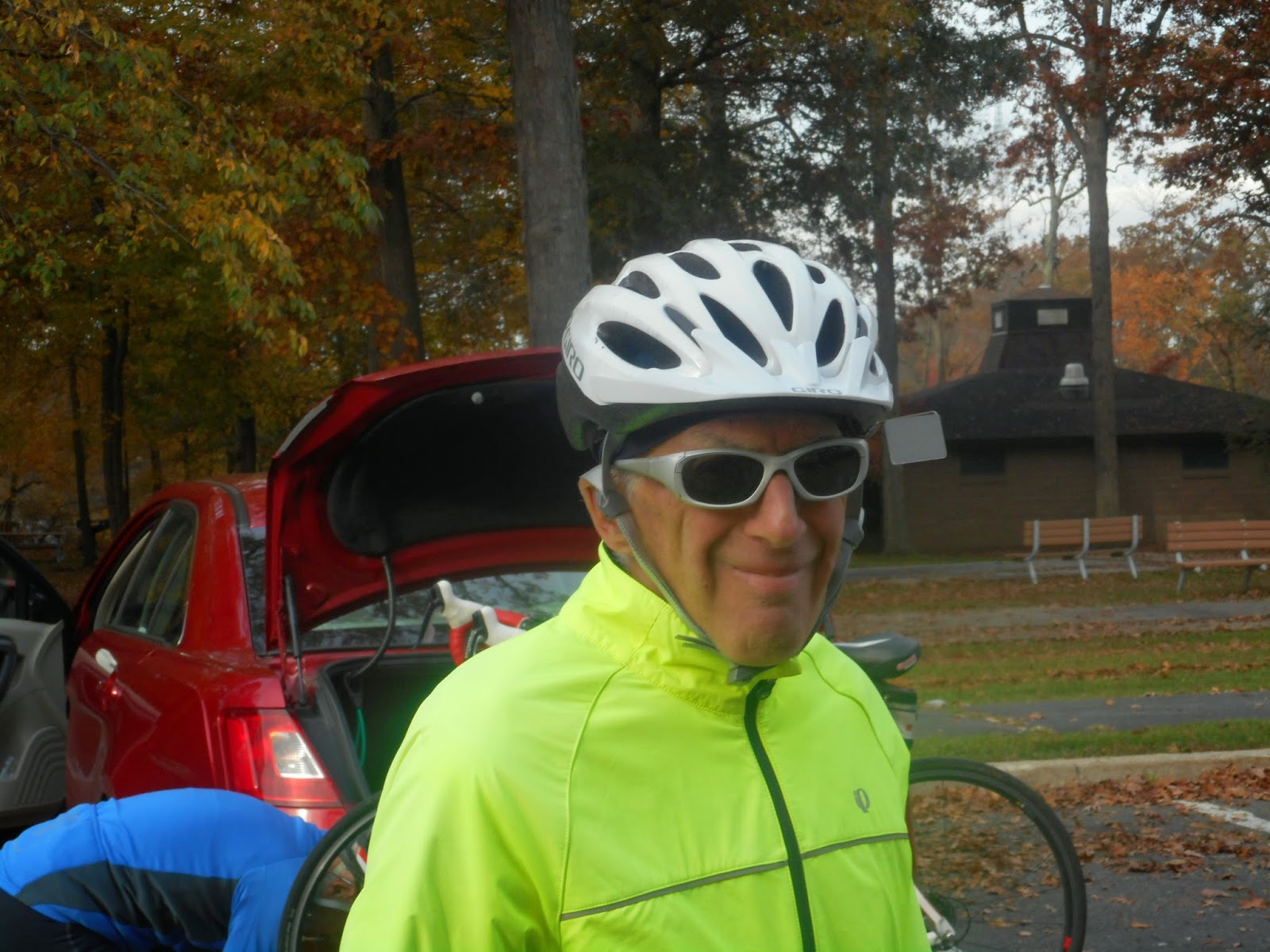 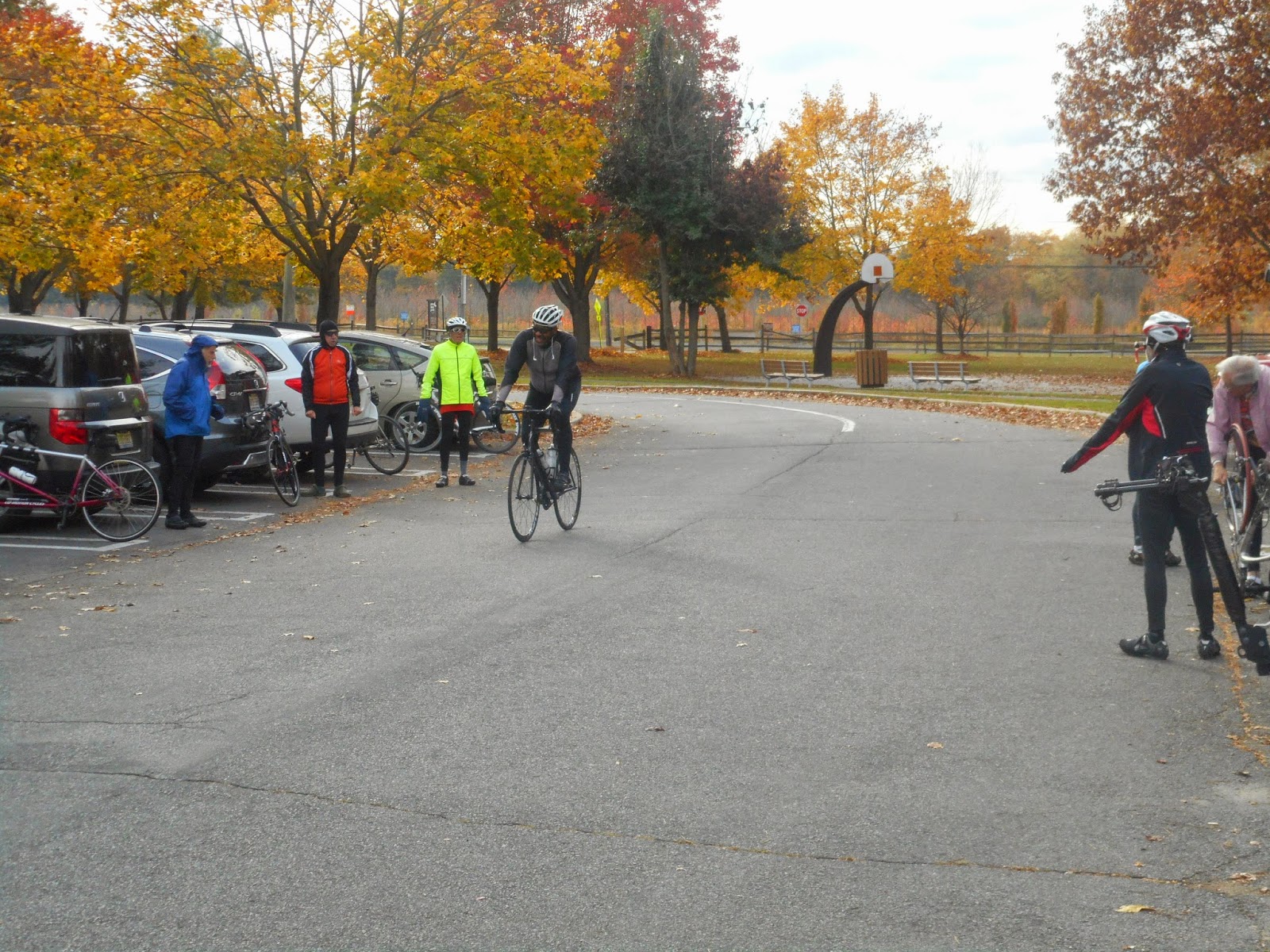 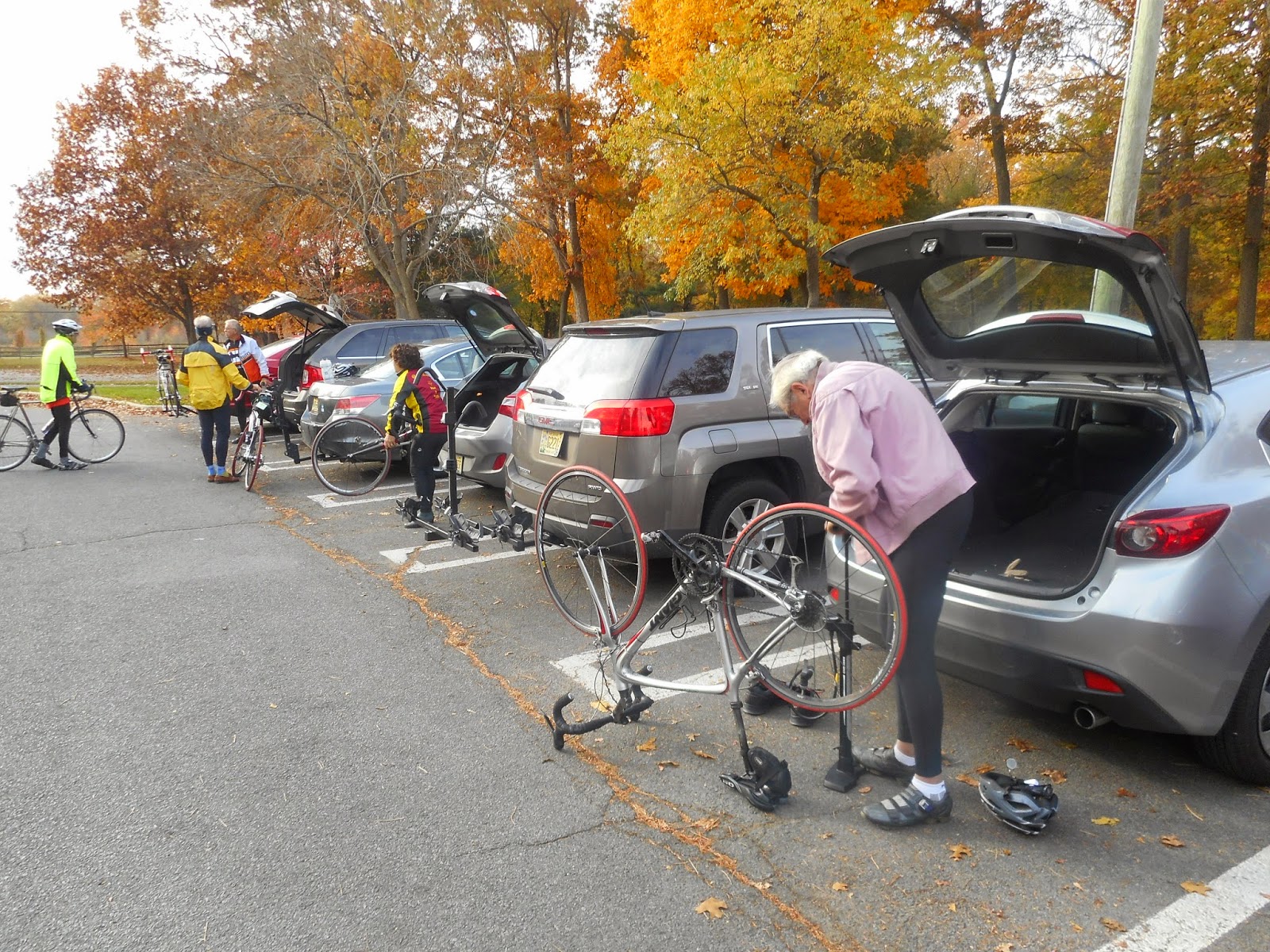 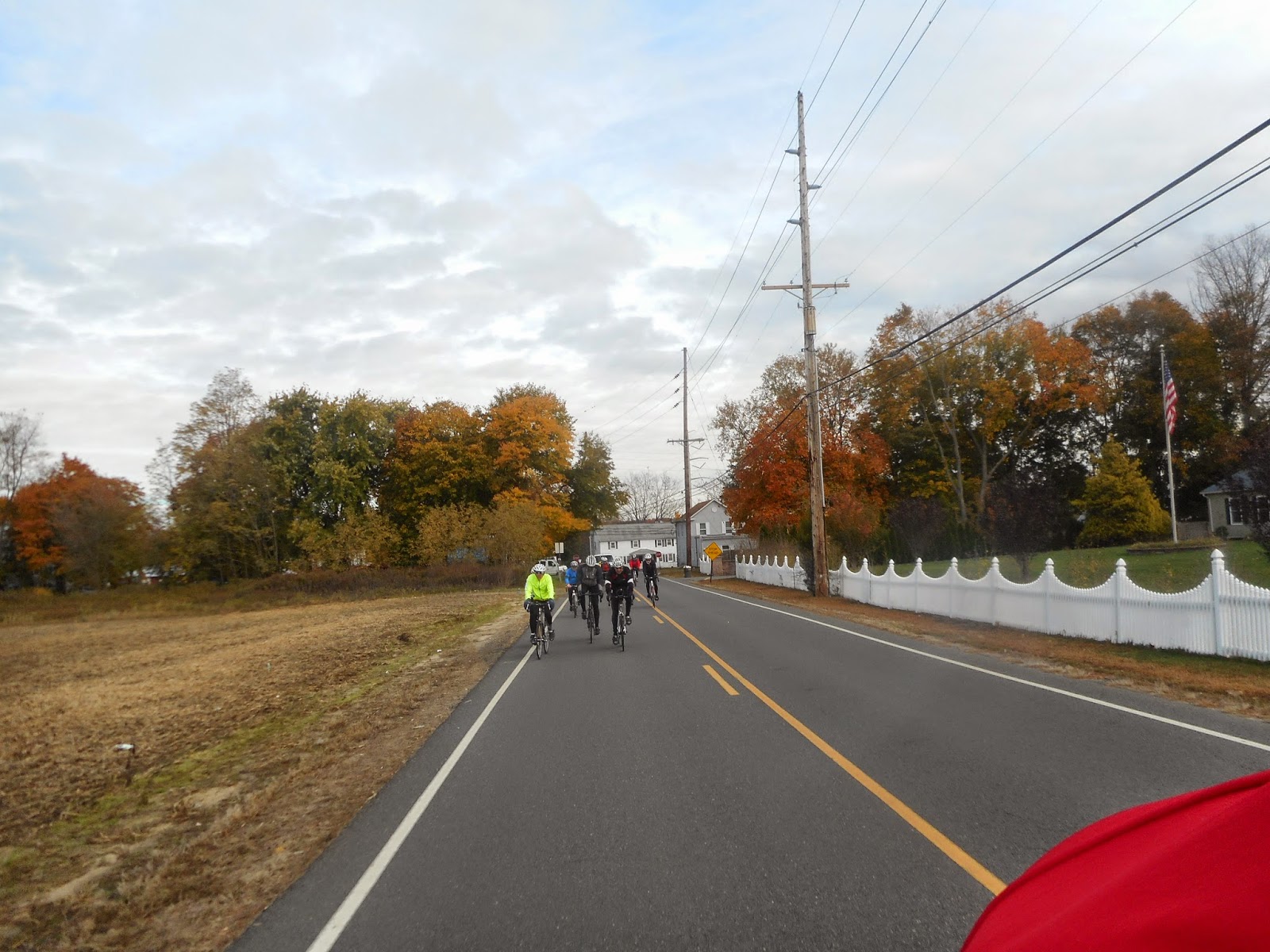 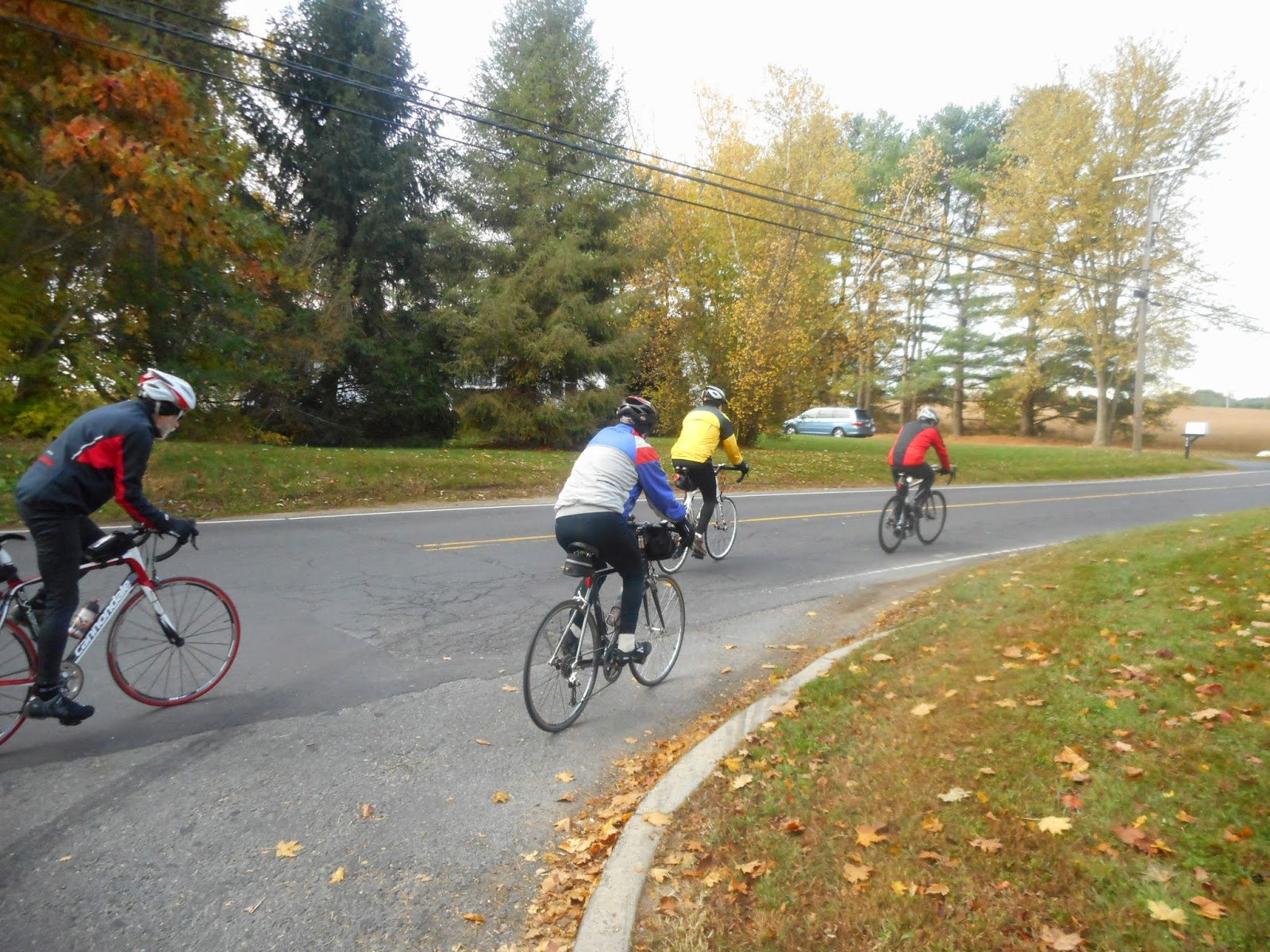 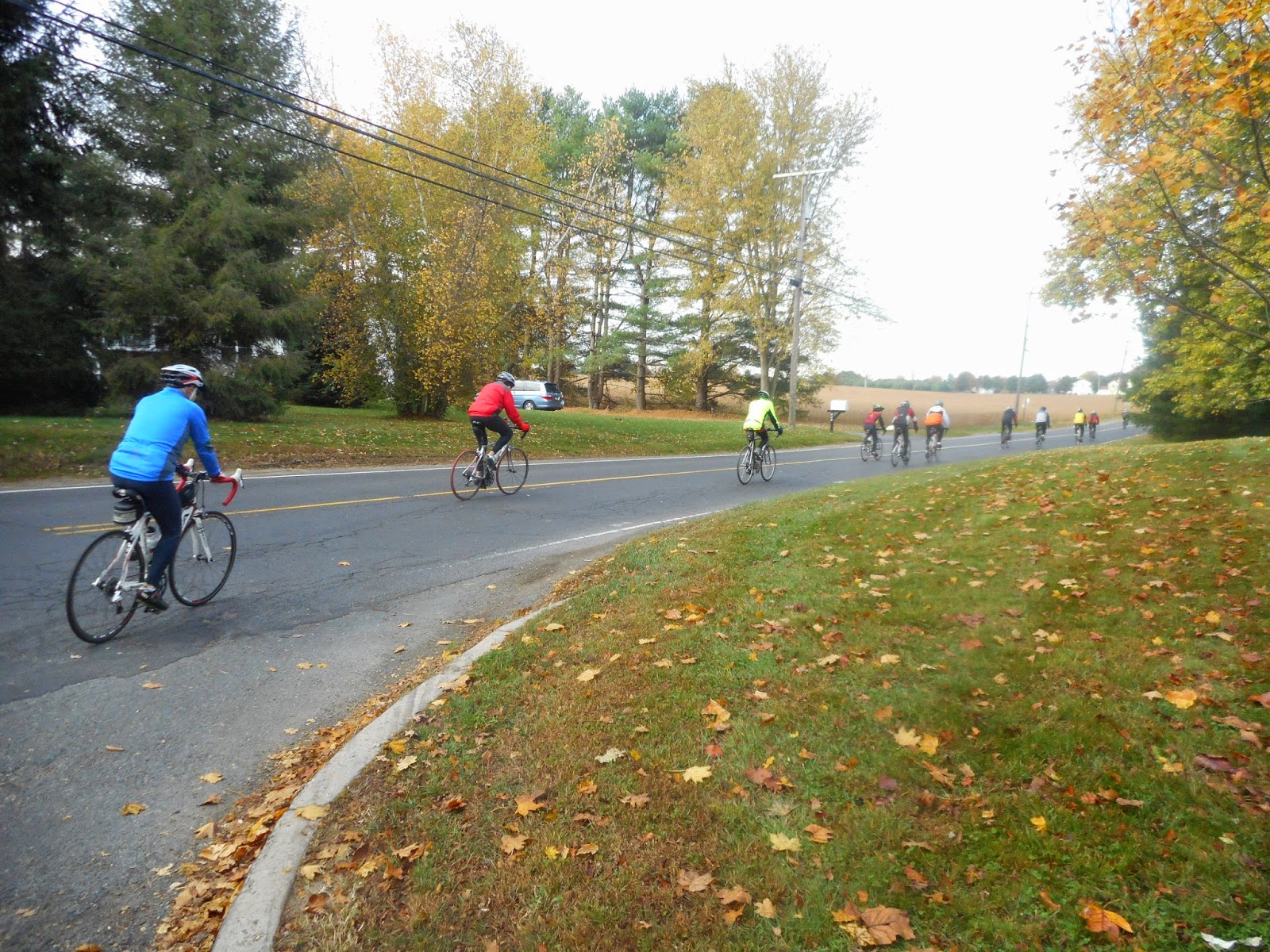 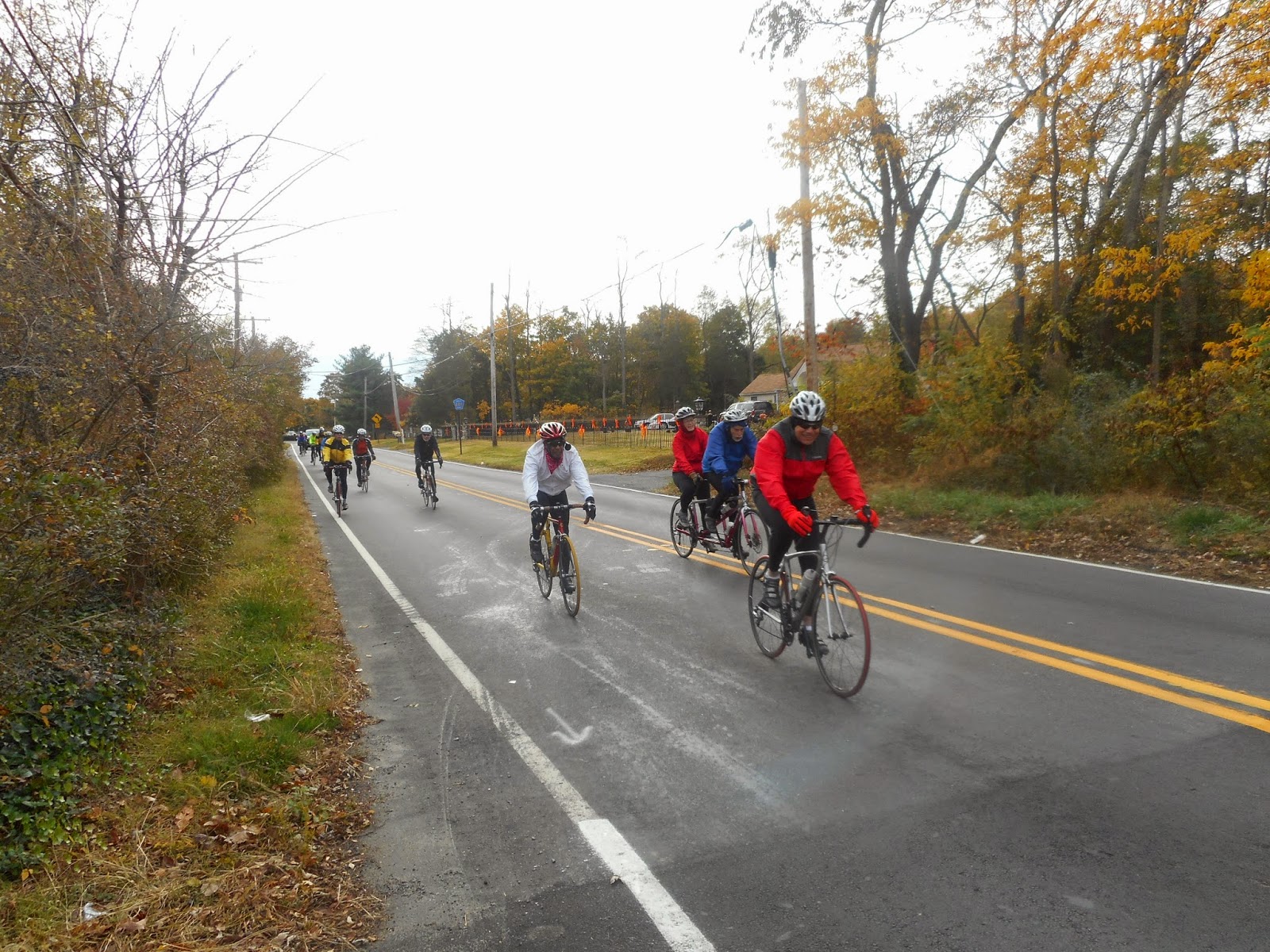 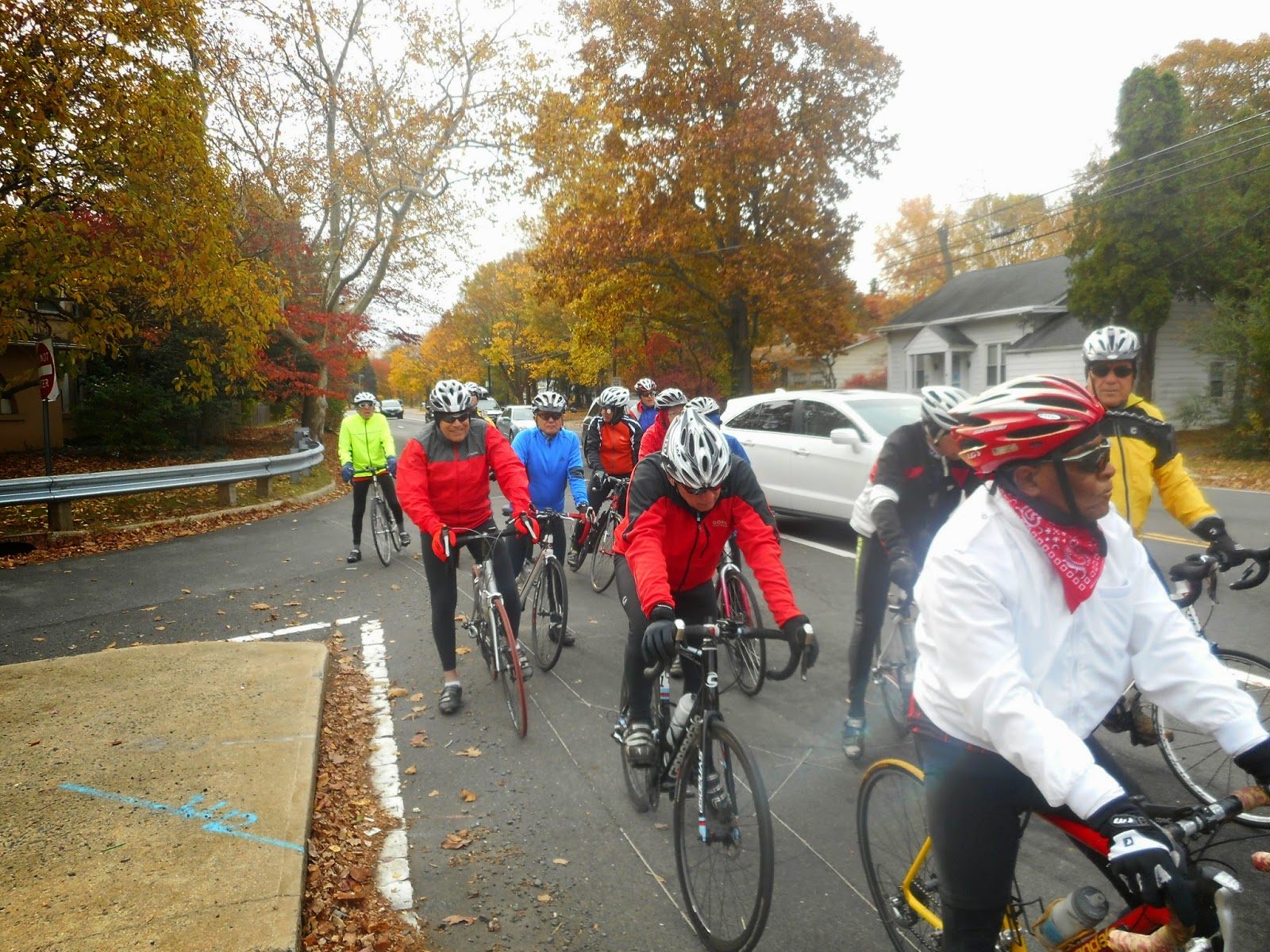 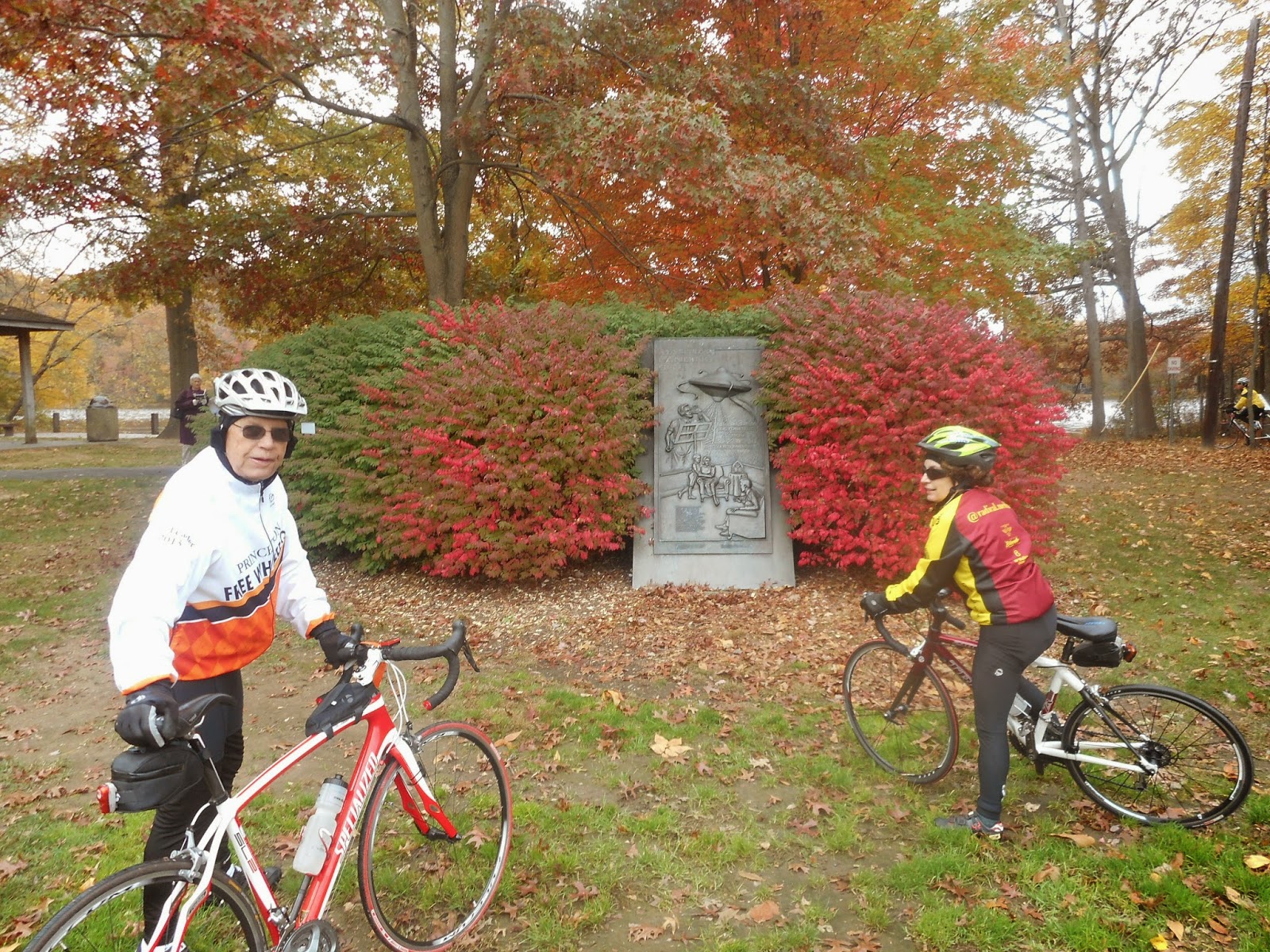 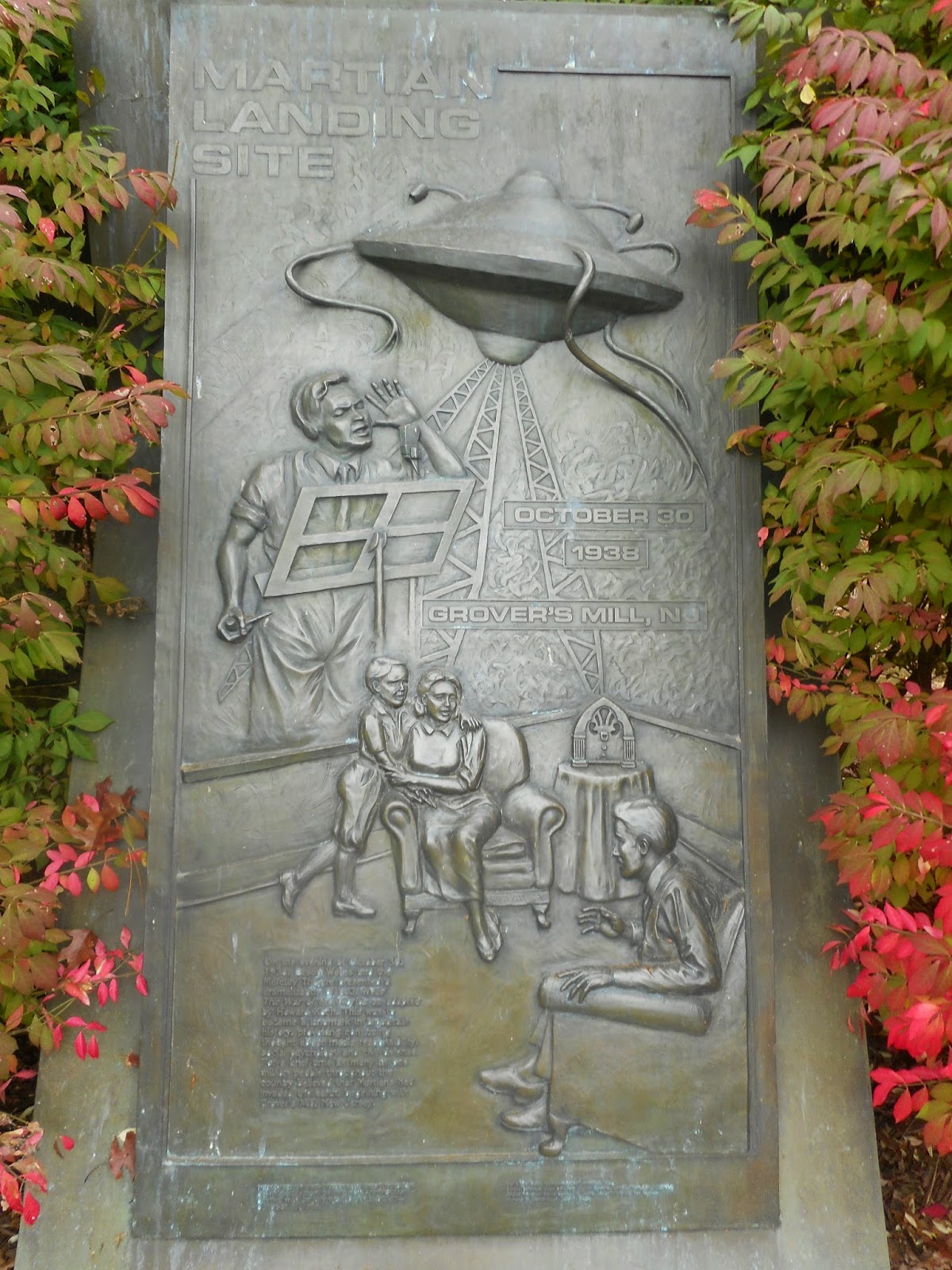 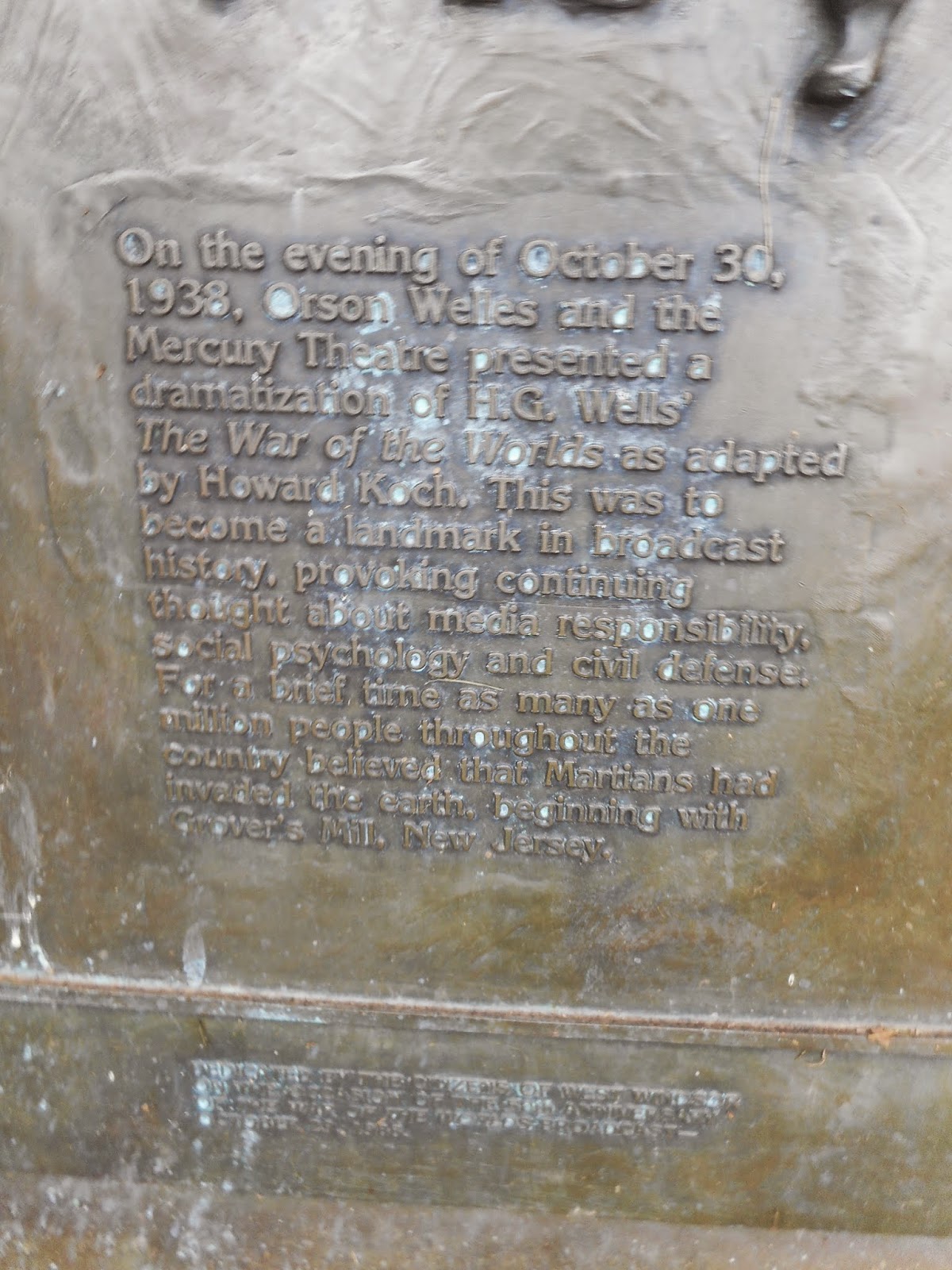 (text above says: On the evening of October 30, 1938, Orson Welles and the Mercury Theatre presented a dramatization of H. G. Wells' The War of the Worlds as adapted by Howard Koch. This was to become a landmark in broadcast history, provoking continuing thought about media responsibility, social psychology, and civil defense. For a brief time as many as one million people throughout the country believed that Martians had invaded the earth, beginning with Grovers Mill, New Jersey.) 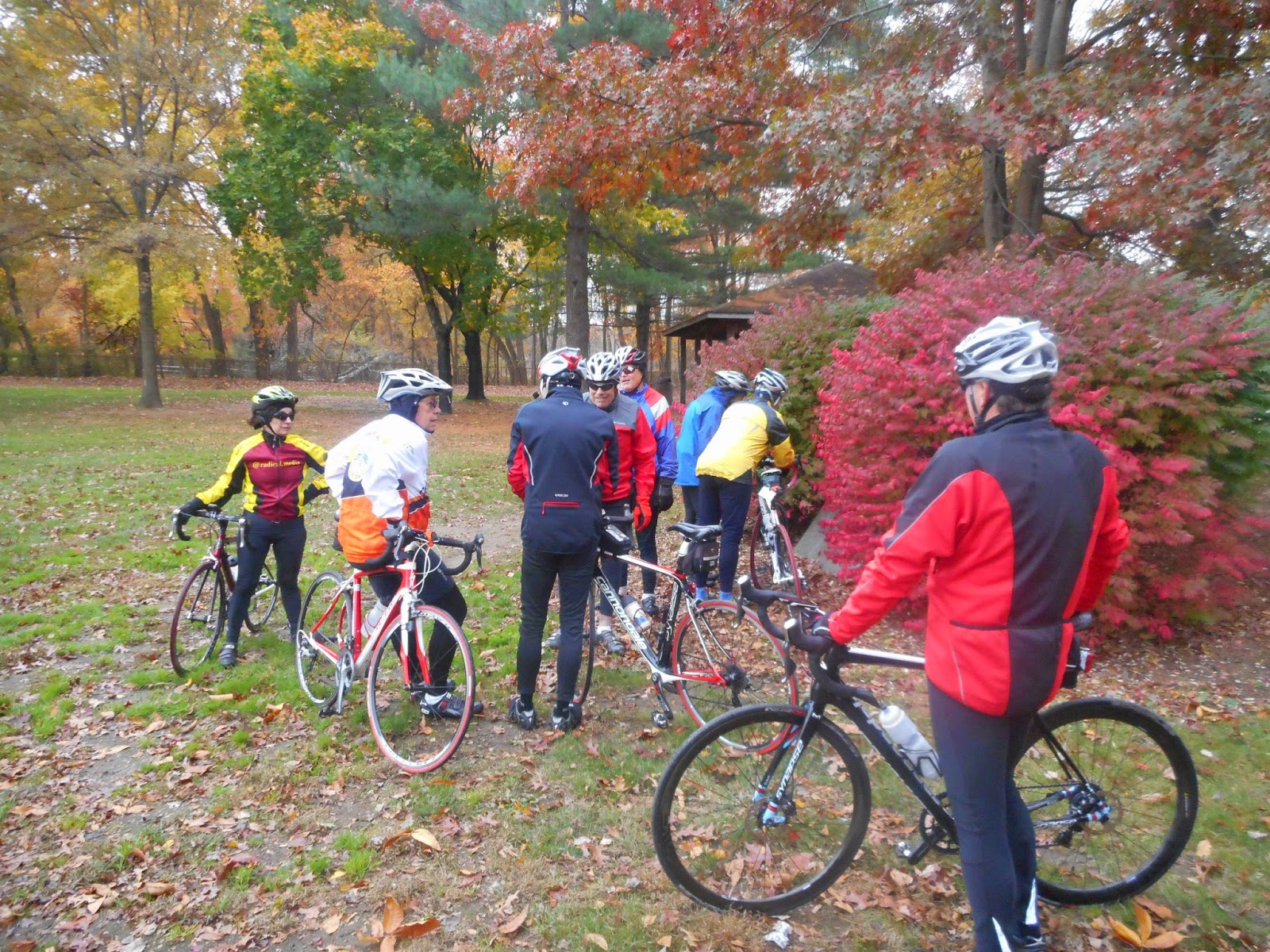 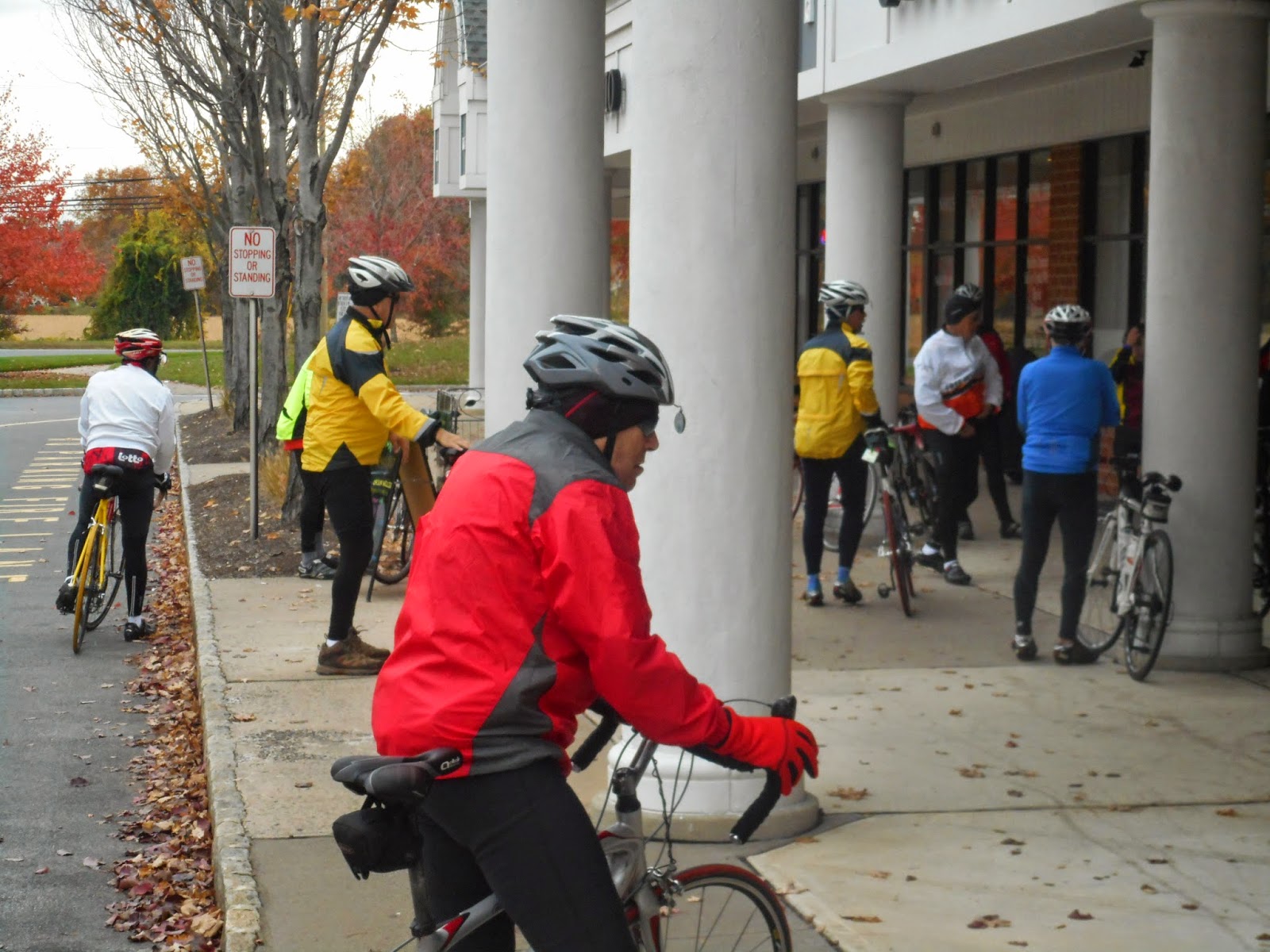