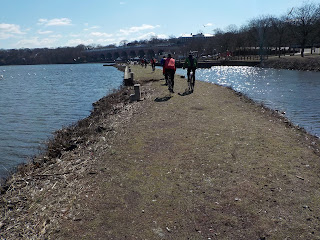 I didn't plan a ride for this frigid Sunday, so Laura OLPH put in for a trail ride on the D&R canal towpath. I thought the northeastern end of the towpath trail was at Landing Lane, but Laura found another part beginning below where Route 18 crosses the Raritan River and heading to Boyd Park in New Brunswick. It would take a bit of road riding and a spirit of exploration to find it (and we didn't really know what we were getting in for).

Well I decided to drive to the start at the Amwell Road entrance to the towpath trail... but my bladder announced that the remains of my morning coffee were petitioning for release as I drove by the Blackwells Mills/Six mile lot, so I pulled in to use the porta-potty. When I did, I found Ricky G there, who was planning to ride a few miles to the Amwell Road start. It sounded like enough of a good idea that (once the bladder was emptied) I rode up with him.

Eight of us thought this ride was a good enough idea that we had suited up and appeared at the start. 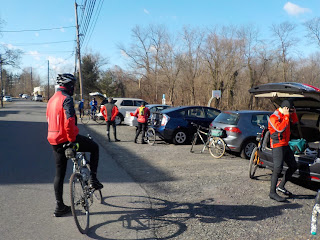 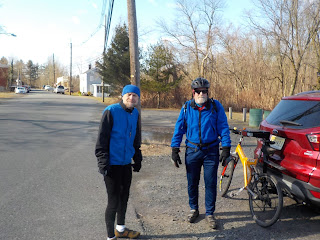 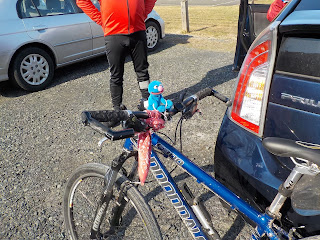 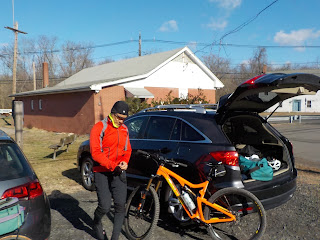 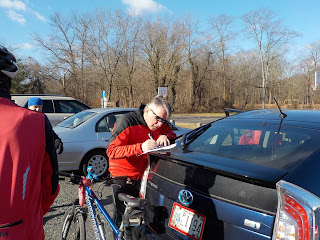 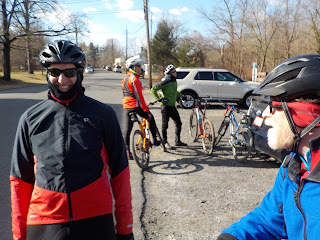 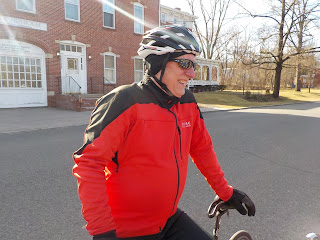 And, with various levels of complaining about the cold, off we went.

Near the bridge to go to Colonial Park, we saw a bald eagle in a tree (none of my pictures came out, but I expect Laura got a few).

And we got to the confluence of the Millstone and Raritan Rivers. 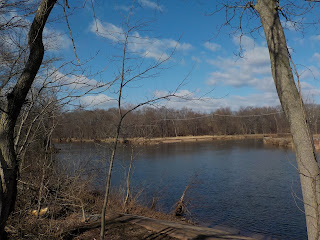 We crossed the Queen Bridge at Bound Brook, and got to the bridge at Landing Lane, ad a bit of chaos ensued as we figured out how to proceed. We didn't make any friends in traffic, but we didn't have any incidents, or even any really scary moments, as we got to Buccleuch Park.

But the road crossings after that required some courage and imagination. 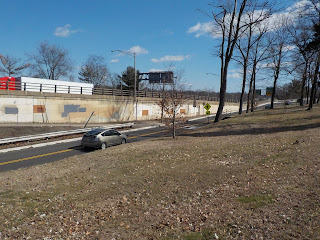 There's a walkway in that pic; that was one of the crossings; another is below: 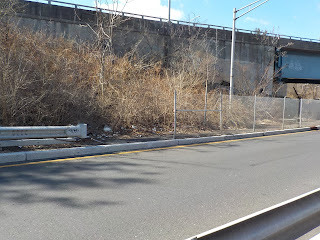 Once on the other side, we rode by some gorgeously-graffiti-ed walls, more or less under Route 18... and got to the end. 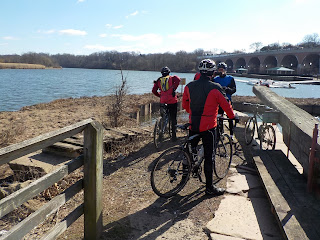 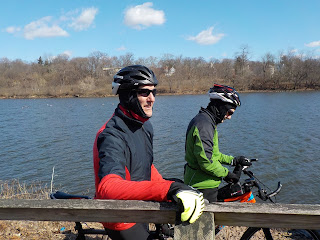 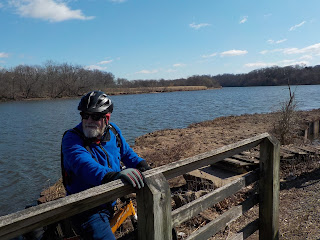 Except it wasn't. By backtracking a bit, we got past Boyd Park. 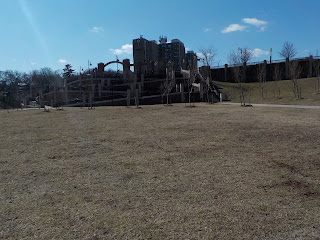 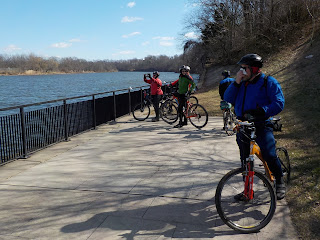 And back. Luis looked up, and found another bald eagle; this one a juvenile. 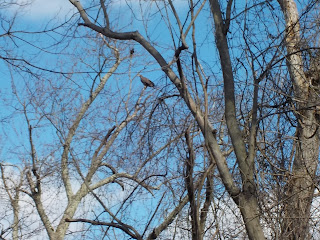 I was all set for this to be one disaster or another, but the worst that happened (other than some disorganization) was that we attempted to use a stair tower as a way to cross Route 18, only to find that the gate at the top was padlocked. I had hoisted the heavy Krakow Monster up a few flights of the stairs, and my back let me know that cyclocross with the Monster is not how I should plan to spend my retirement. I expect to be standing up straight again by Tuesday or Wednesday.

Go see where we went.

Alas, no Sunday Plain Jim ride next week, either; I've got another commitment. Watch the ride list. Laura was making noises like she might lead from Blackwells Mills next week. I expect to be back after that.
Posted by Plain_Jim at 5:26 PM