joe takes a page from tom h, and a bit of bike history

I worked again last Saturday, which means I was able to get today off; I drove down to Allentown to pick up Team Social Security's ride at Byron Johnson Park. 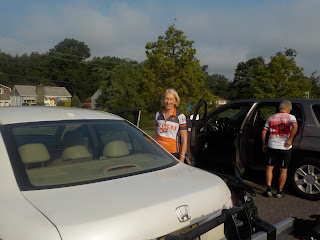 Lynne, above, came out to the New Brunswick Bike Exchange last night; I've been doing my best to get her to make time to come back. 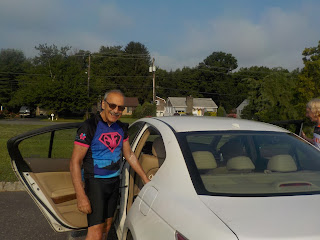 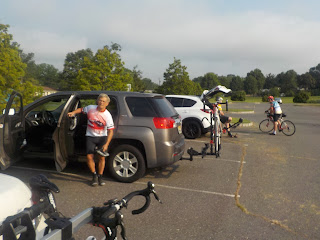 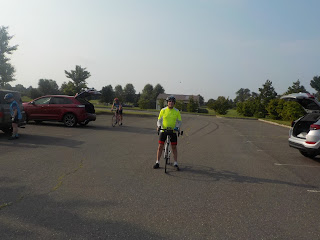 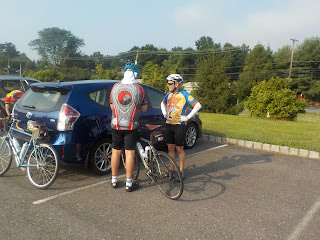 Team Social Security does two rides on Wednesdays (and maybe most days, I don't know); the C+ ride is led by Joe (arms akimbo, above; the other is the back of Bruce), and Ira, below, leads the C. 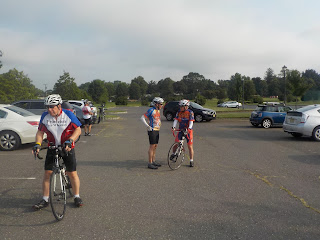 Joe led us down to Columbus.

But along the way... 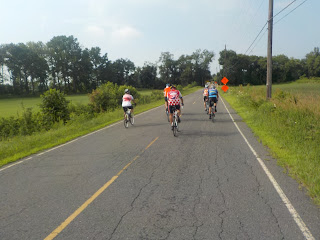 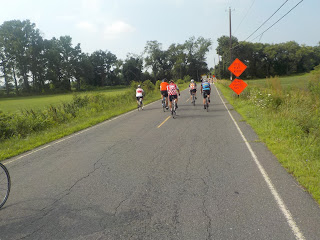 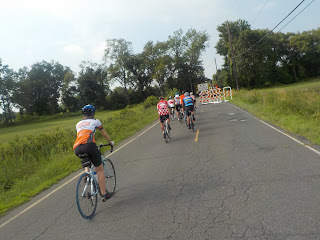 ... we found road construction. I made the usual jokes about what happens on Tom H's rides, and thought to ask Joe if he was ready for a copyright infringement suit.

But we couldn't get through; there just was't room between the trucks and equipment. If you look at the ride page, you'll see what looks like an appendix in the route just below Georgetown (wait... Jersey has a Georgetown?) where we had to back up and go around. Joe couldn't remember if this was on the route for the event; I'm sure he's checked into it by now.

On we went to the usual stop in Columbus. 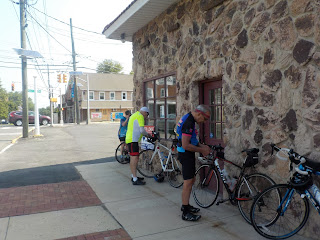 Of COURSE there are bike pics. 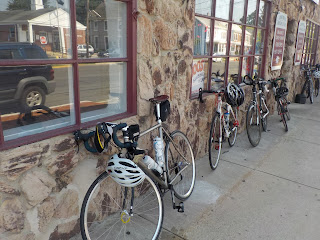 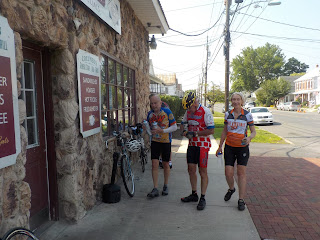 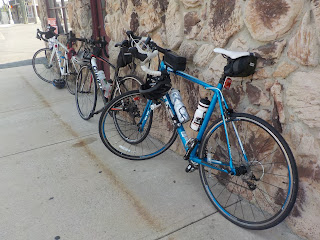 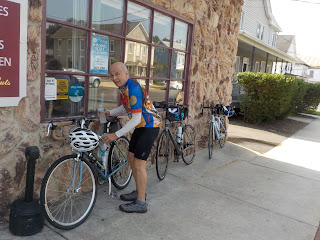 In other news, we got (what I consider) a historic bike at the New Brunswick Bike Exchange. Many of us get the catalog from Terry Bikes, but they got their start from Georgena Terry, who is apparently still making custom bikes for women. Before custom bikes, though, she was making production road bikes for women. Smaller women had problems with the high, long top tube required to build a bike with the standard 700c (622mm) wheels; Ms Terry had the unusual, but effective, idea of using a smaller wheel in the front. It was radical enough that I don't think anybody else ever followed the idea. Well, we got one at the Bike Exchange. Pardon the potato quality of the pic; I took it on my phone, and I'm a phone cheapskate: 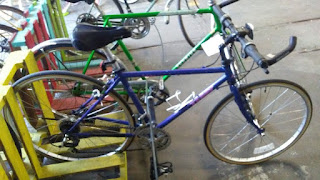 I just love it. It's got the original saddle. I know the eventual buyer won't give a hang about the history, but I'm glad we got to see it. I'm showing it off to everybody who comes to the exchange, making a real bore of myself... but that's not unusual.