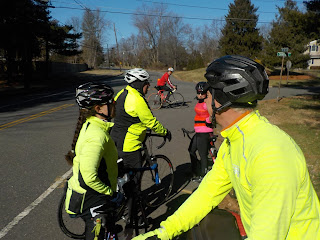 Well, despite my tribulations yesterday, I still had the Krakow Monster to take on today's ride. I had advertised this as a C+ ride, slower than my usual pace, and I set a route a bit shorter and without the worst of the hills.

Good heavens, I had eight signed up by the time I went to bed Saturday night; and three more came in unannounced, making twelve, including me.

Not bad for a ride in February, when it's too cold for many Freewheelers to even think about getting on the bike.

Two of the registrants were club president Ira S and vice president Andy C. I'm going through some difficulty at work, and my first thought was that this was to be an audit of my leadership skills.

Yes, there IS no bottom to my paranoia.

But it appears that some of the folks thought a slower ride sounded like a good idea; others were some of my Usual Suspects. 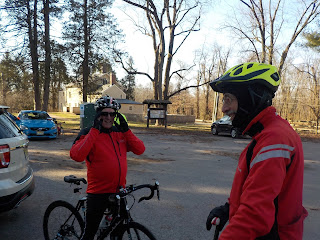 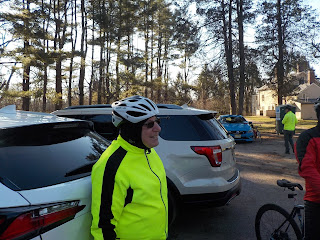 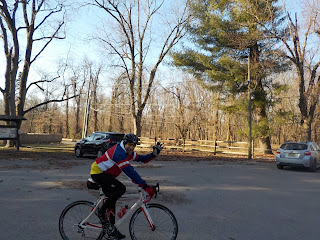 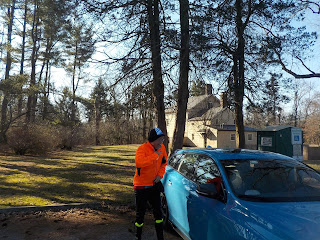 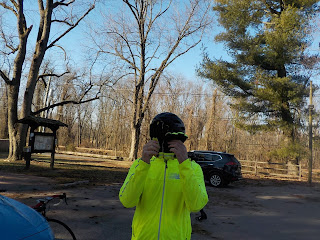 Don't worry, Jerry, nobody will ever recognize you. 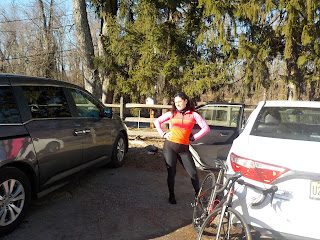 I had GPS wonkiness a couple of times; once at the start, and once about four or five miles in. At that point, Robert noticed that his tire was low and pumped it up a bit. 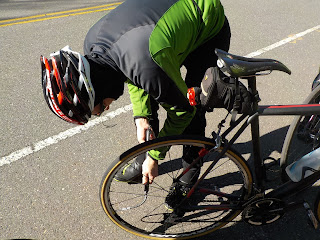 We hadn't gone much further when it was flat again, and we had the usual Princeton Freewheeler committee to assist with the change. 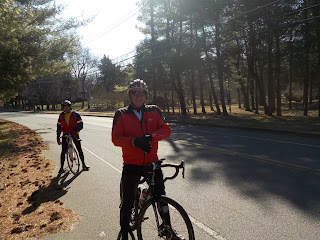 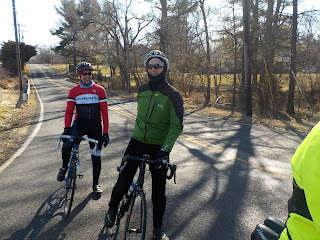 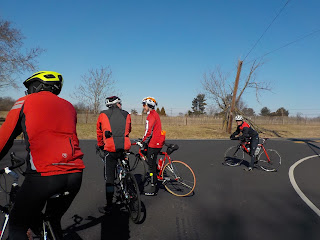 WE proceeded to the Boro Bean without further mishap. 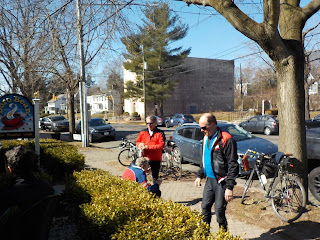 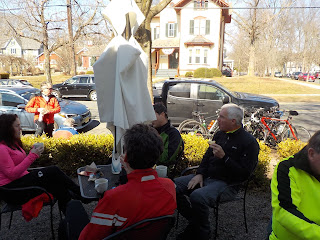 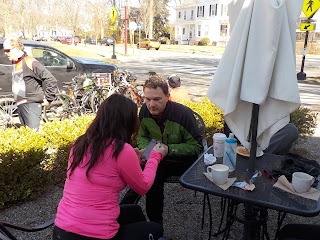 Even though I've decided not to get a pretty bike, I did cast the eye of lust on Andy's Tommasini: 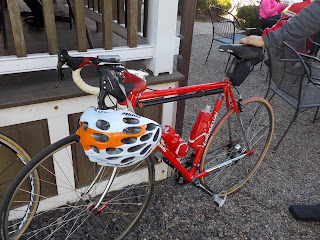 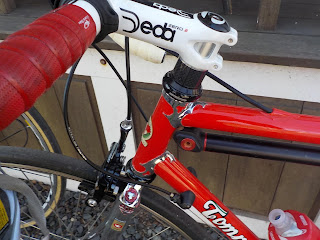 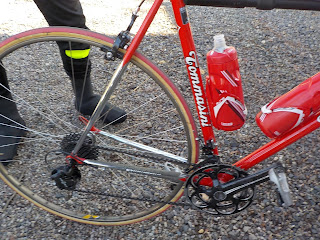 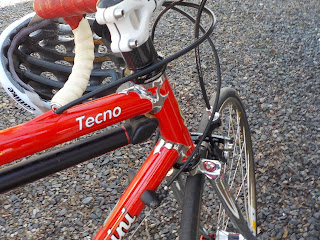 ... but I'd never want to ride it, and I'd never put the required Campagnolo components on, either. 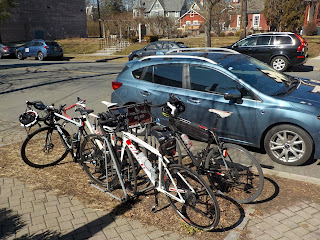 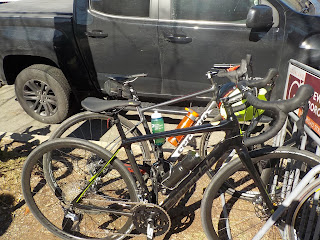 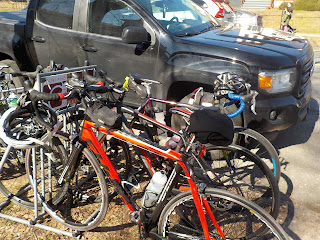 On the way back, I had the usual defections: people who had ridden in and were heading straight home, people who had other commitments. And several of the riders zipped through the last few miles at the end back to the cars... but I'm just glad folks came out.

Ride page here, after I fixed the GPS wonkiness. I added a bunch o' miles; the ride itself was just under 36.

You might have been able to do this one (the average is artificially high because of my solo ride; most of us averaged in the mid-13's). I hope to see you as the weather warms.
Posted by Plain_Jim at 5:54 PM